Maurine: The first liberated woman I ever knew // Baraboo photographer

This post is the beginning of a series I am starting featuring portraits and vignettes about members of The Greatest Generation, those who lived through the Depression and World War II, living in our community. These story sessions are free to those who participate, and include a set of heirloom prints for the subject and their family. If you know of someone I could feature in this series, please email me at photos [at] christinabeam.com. 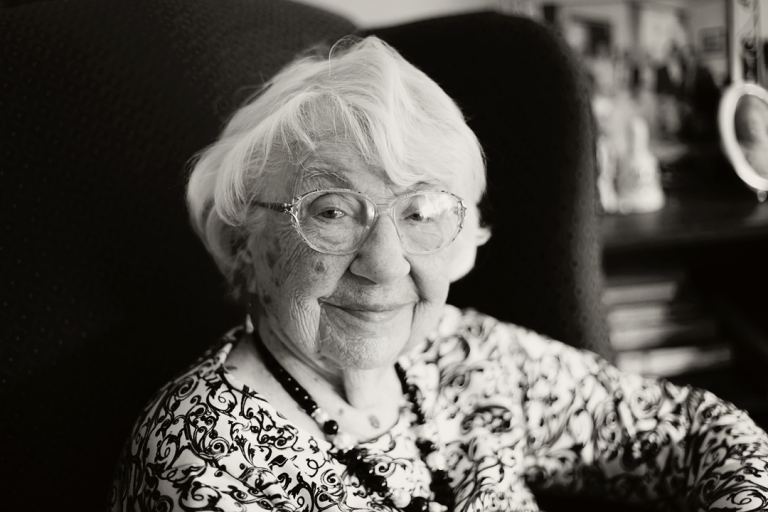 Here’s a story that will tell you a lot about Maurine.

She entered college at Iowa State deep in the Great Depression. It was a tough school, she recalls, and we can only imagine that paying for it was just as tough.

It took her six years to finish, after withdrawing twice to work setting type at a little newspaper, so she could save up for tuition and start again.

There was a fella named John who liked her quite a bit. They would go dancing in Storm Lake with friends, but their relationship never got too serious.

College, she recalls, was hard enough, and, “I wanted that degree.” 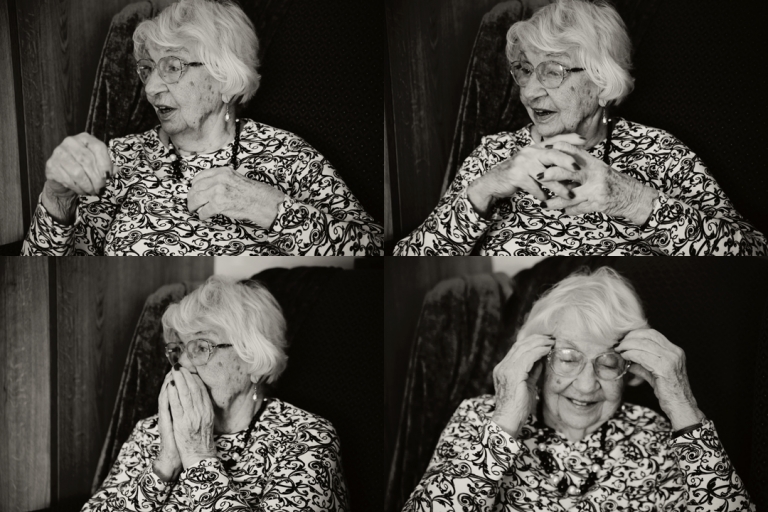 When she graduated in 1942, she got a job in Washington, DC as a dietician, and then found work in Pittsburgh – a career woman ahead of her time.

Meanwhile John was out in Los Angeles, still thinking about the classy and whip-smart and independent Maurine he left behind.

He took the train to Pittsburgh and asked her, please, to marry him.

She said yes, she would move with him to California – adding, like a good Midwesterner, “as long as he didn’t try to sell me on it.” 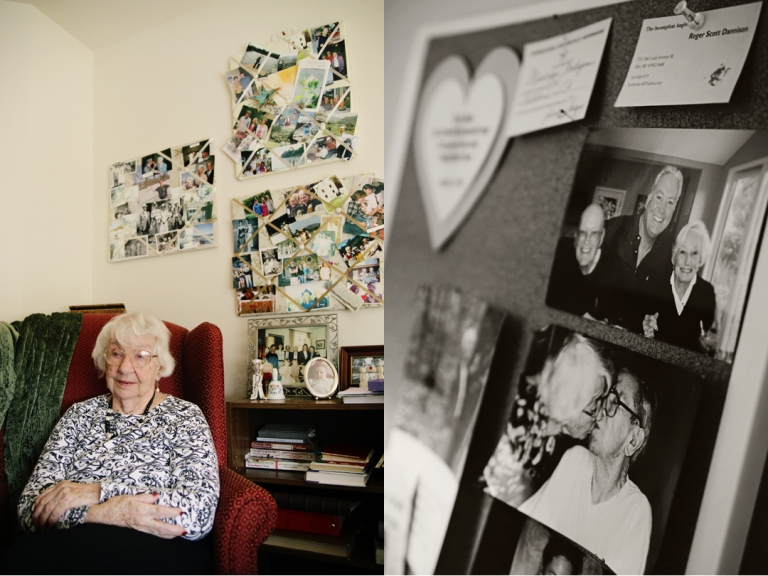 Maurine, her daughter said, “was the first liberated woman I had ever known.”

She and John worked together in his business for the rest of their careers – while she balanced his books, and balanced her career and family life in the sort of seamless way many women today would envy.

The dietician in her never stopped urging her two children to eat healthy and take their Vitamin C.

With her talented hands she made all of her daughter’s clothes, knitting a sweater and then sewing a beautifully tailored dress to go with it.

At the time, her daughter thought her clothes were “not that thrilling.” She knows better now.

And when she later taught that daughter to sew, every stitch had to be perfect or Maurine would tear the garment up and start from scratch. “I didn’t want it to look homemade,” she said. And it never did. 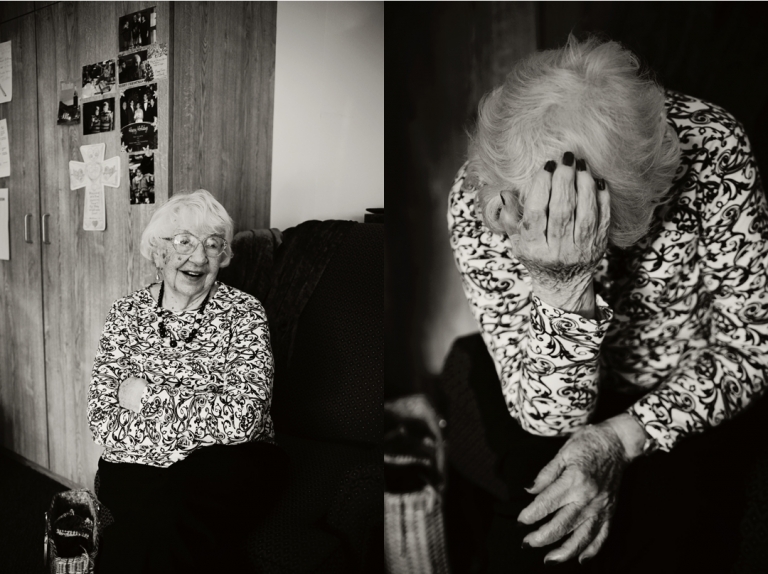 She and John drove to almost every state, packing their own toaster oven to make breakfast in their hotel rooms.

They had adventures in Europe and Alaska.

They retired in Northern California and rode bikes together every day.

John always said he didn’t want to live to be 90, and he passed away one week after his 90th birthday. Maybe from sheer will – he was stubborn like that. 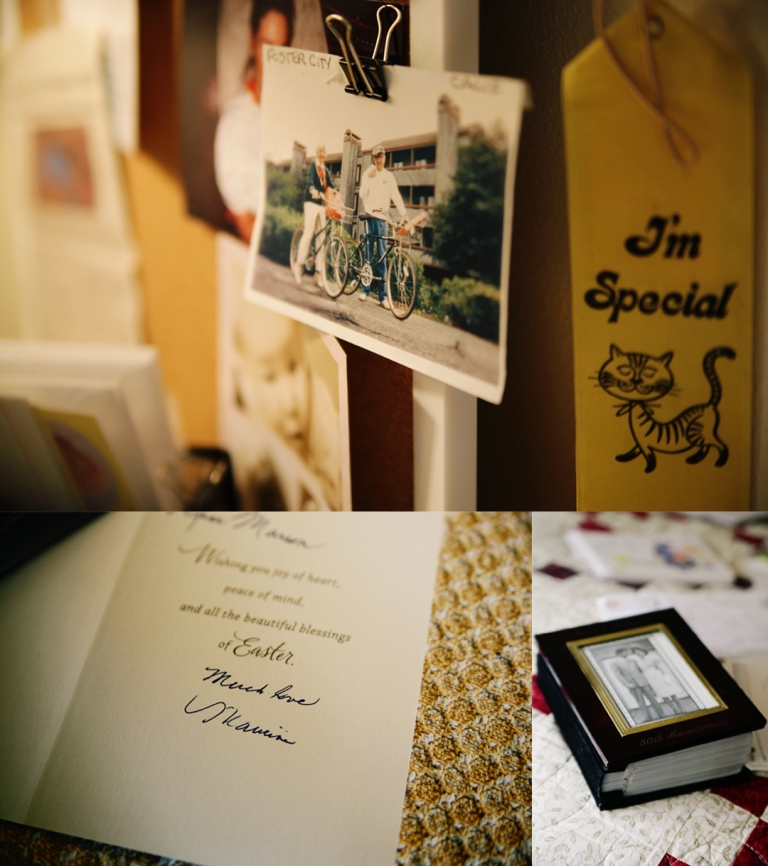 And now, at 94, Maurine has some holes in her memory. The details of their life together elude her. She sometimes has to remind herself that he’s gone.

“All I can remember is our life together. Always together,” she said. “I’d go back again to have him back. It was a good marriage but he left me for the angels.”

When old age comes, she said, “You have to face it.” 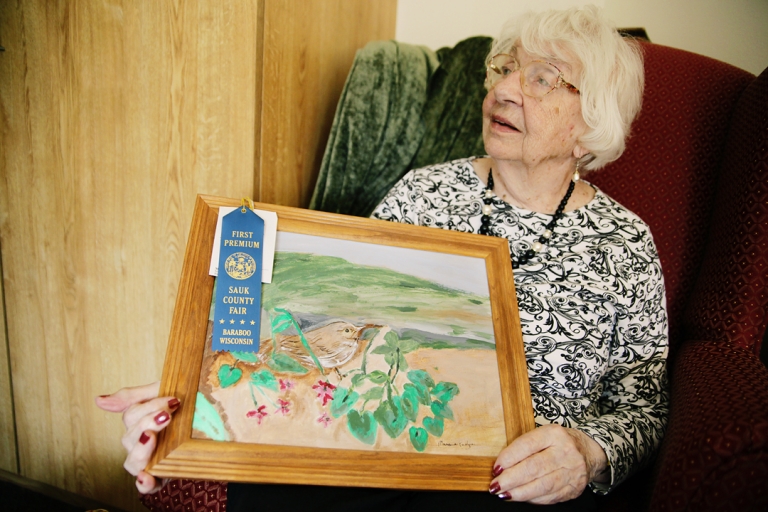 “Things that you can do you should keep doing or else you’re a deadpan,” she said with a wave of her hand. “You don’t stop cooking, but you aren’t a very good cook. You can still have your family over, but if they help with the dishes, isn’t that great?”

She writes Easter letters to her friends, including two girlfriends from high school still living in Iowa.

On Friday nights, her daughter and son-in-law bring over some beer and a good meal and they have happy hour.

And she’s in the kitchen at the assisted living facility, offering a hand to the staff.

“You still try to be human,” she said, “and keep helping.” 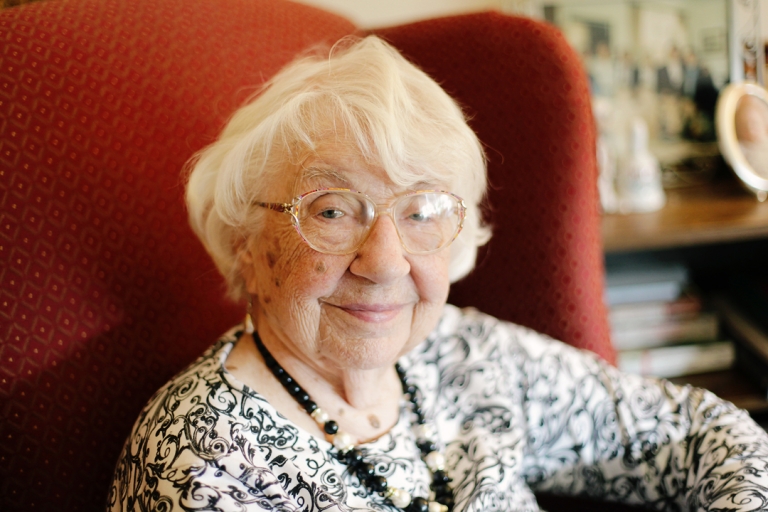