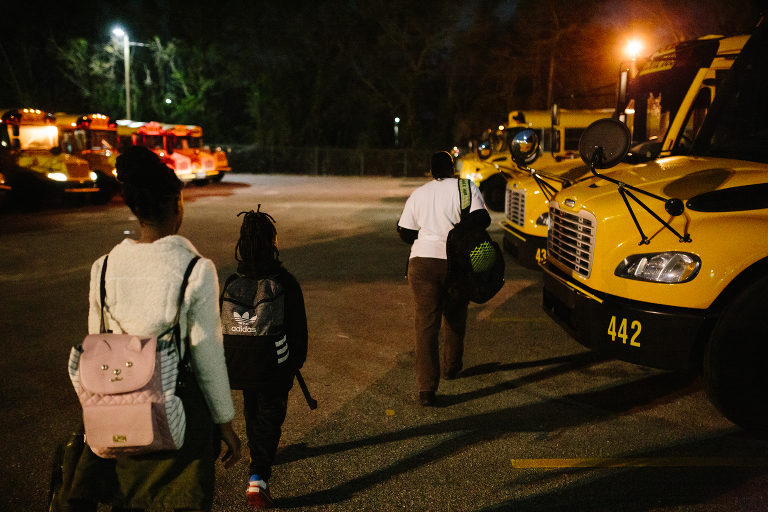 It’s not yet dawn when Desiree Hansley is circling school bus 442 with her clipboard, checking the tail lights, the tires, the stop arm.

It’s what she does with the young people who ride her bus that makes her part conductor, part mother figure, part magician. It’s what makes her, in a word, exceptional.

“Nobody causes trouble for Ms. Hansley,” she says, shifting into gear. “You’ll see.” 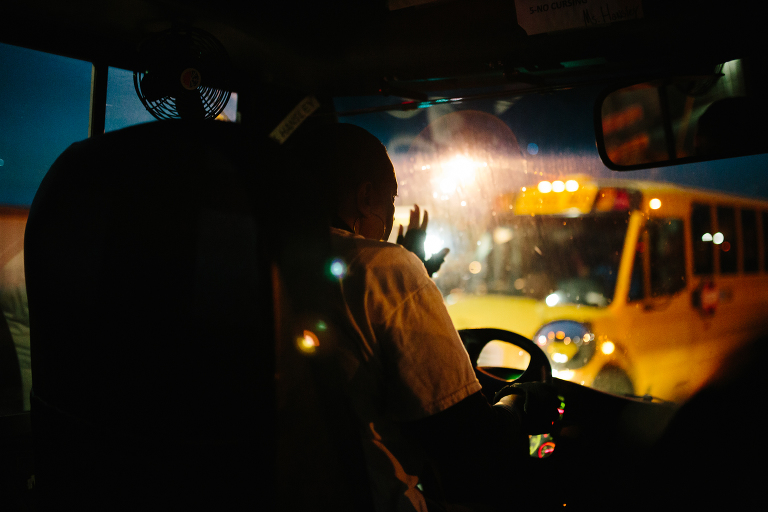 The kids board quietly, and they ride to school in silence.

“They have not proved they know how to talk to each other with respect,” she says of her no-talking rule. But more than that, she says, it’s a way to press reset on a morning that may have begun in chaos at home.

On her bus, you “just relax. Get your mind ready for the day.”

Get ready to learn.

Ms. Hansley started driving bus when her daughter was just four and could ride along while mom worked. Three decades later she is still behind the wheel, bringing students to and from Edwin A. Alderman Elementary School, D.C. Virgo Preparatory Academy and John T. Hoggard High School every morning and afternoon. 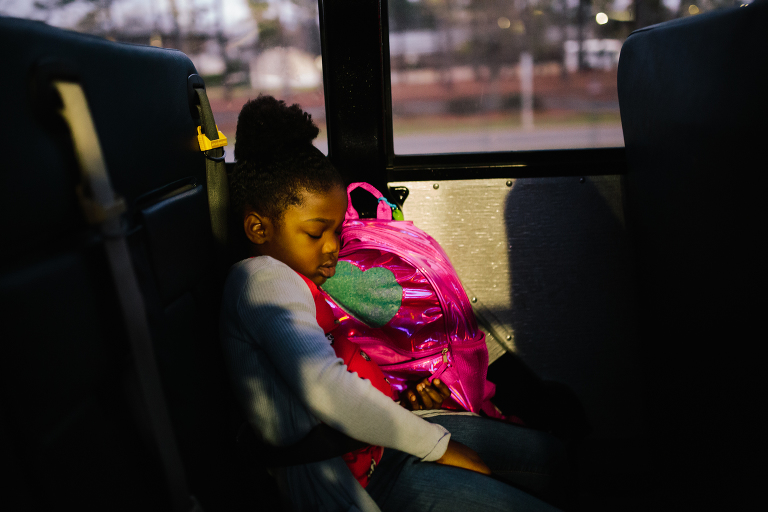 In a way she’s still like the mom driving the bus.

She pauses, looking ahead at a boy alone at the bus stop, hood up, head low.

She adds, “We need more grandmas.” 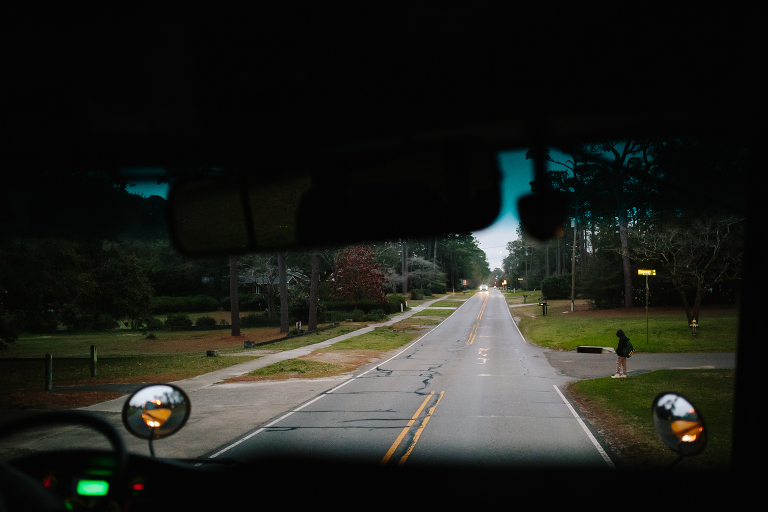 Ms. Hansley asks for the same route every year, and she has forged relationships with every group of people at the school.

She knows the kids’ parents. Some of them were her passengers a quarter century ago.

She knows their teachers, who often call on her to try to reach a child who’s struggling.

“There was one kid who every day at the same time started getting out of character. Her teacher asked me, ‘Will you talk to her?’” she said. “I told her, ‘Your classroom is not the place for you to be cutting up.’ Sometimes I can say it in a way they’ll receive it.” 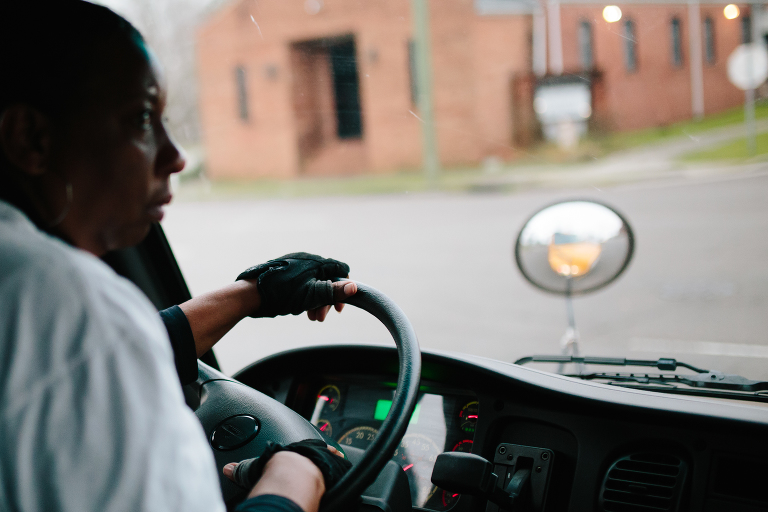 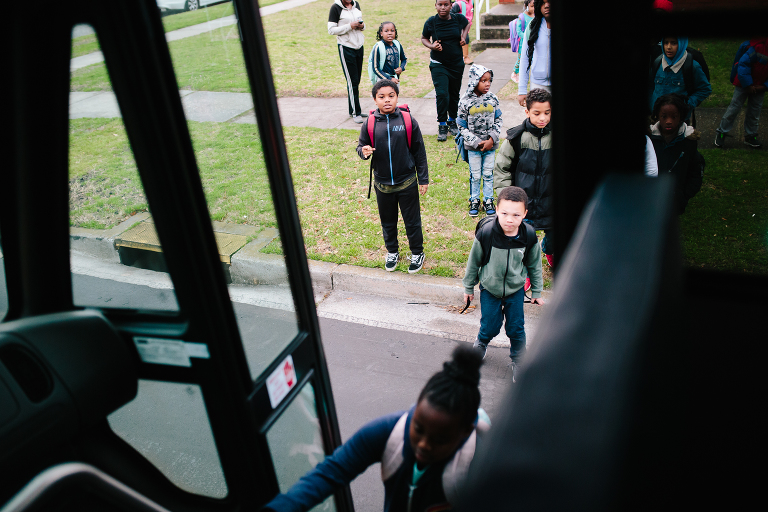 And she knows the children so well she can read their faces and their body language as they climb her steps.

She greets them in a ballet of pulling down hoods, reminding kids to tie loose laces, laying a gentle hand on a shoulder, granting approving nods, and studying them for signs of frustration or pain.

It’s one child after another, single file, each getting exactly the touchstone moment they need from their bus driver Ms. Hansley. 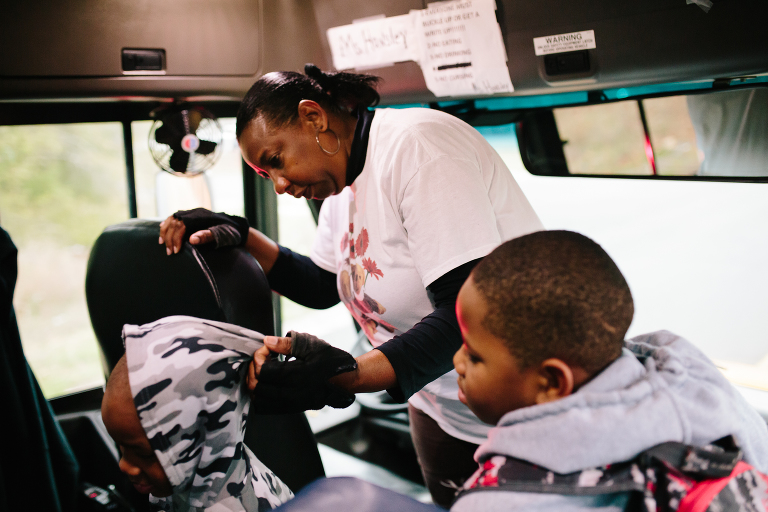 “If they come up here after school and they have a frown on because they had a tough day, I tell them, ‘You need to go back to your seat, process it, think about what you’re gonna tell your mama.’”

And in her quiet bus, they do. 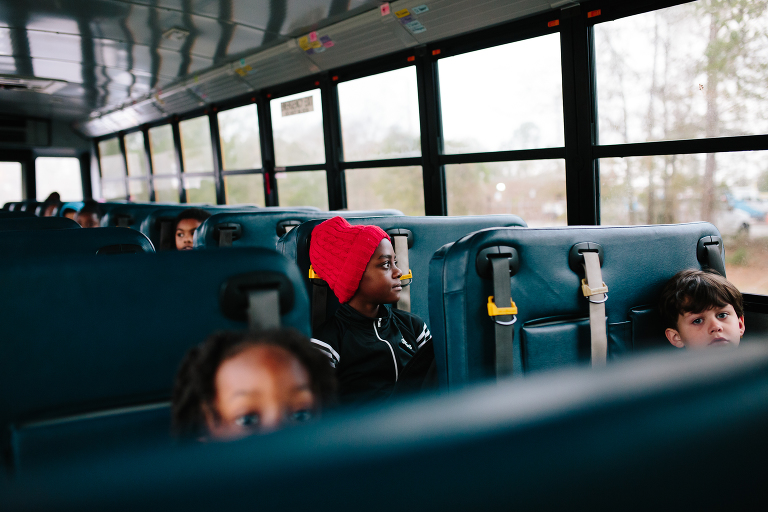 She’s tender and watchful and cares deeply for the kids she shepherds to school and home every day. But like any good grandma, there’s little question where she stands, and the kids respond to that.

“I ain’t gonna tolerate no foolishness,” she says. “I didn’t do it yesterday, I ain’t gonna do it tomorrow. If you come with it, you gotta take it somewhere else.” 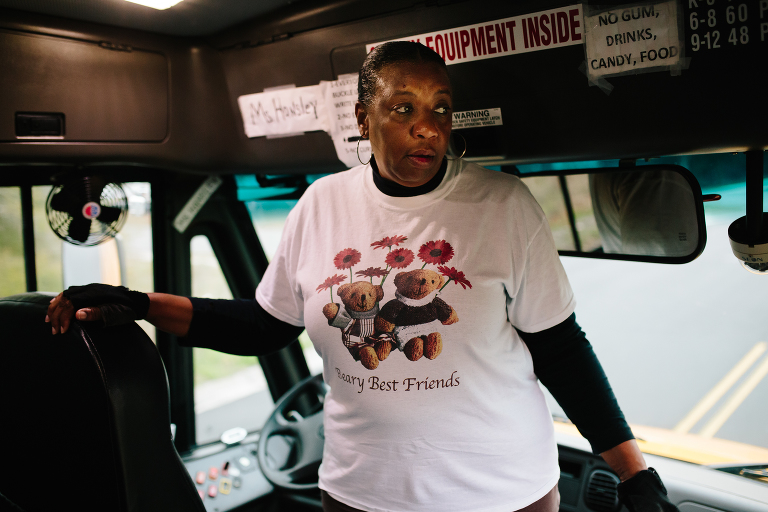 After three decades behind the wheel, including the last 18 for Alderman, Ms. Hansley says she’ll work a few more years before retirement.
In the meantime, though, “One thing the kids can count on with me is I’ll be there every day.”

For her that means a current eight-year streak of perfect attendance.

And it’s clear the only one deciding the direction things will go is their driver.

And so she shows up every morning in the dark, cranks the engine, and deftly maneuvers the bus and its passengers from her perch high above the road.

The trip is a meditation — little foreheads leaning against foggy windows, silently rolling through the morning streets, with Ms. Hansley at the wheel, steady. 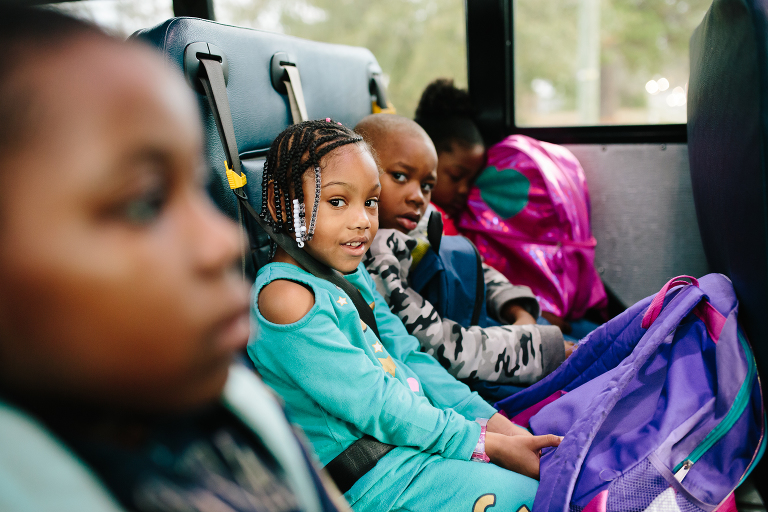 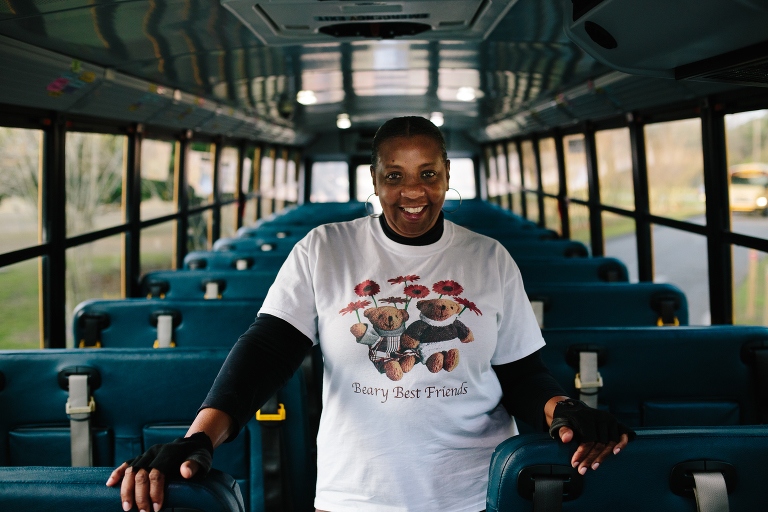