I’m on day three of being home with a sick two-year-old who pretty much consistently demands, “MORE ELMO!” Not a huge Elmo fan myself… you?

So my energy to turn a phrase is at a minimum. But we trimmed our tree last weekend and I have a few random holiday thoughts:

– This year my husband brought home probably our best tree yet in 11 years of married life. It’s a full, deep green Frasier Fir that had to be trimmed at the top because it was bumping the ceiling. It’s dreamy, just like him. I didn’t ask him how much it set us back. The last few years we’ve hunted down our own little free pines on a wild prairie, including one that almost cost Erik a toe. See “Tree found, but this man was lost” here: http://www.wiscnews.com/baraboonewsrepublic/news/opinion/article_b1b6014b-c2dc-5072-92bb-94e266d4c5c9.html 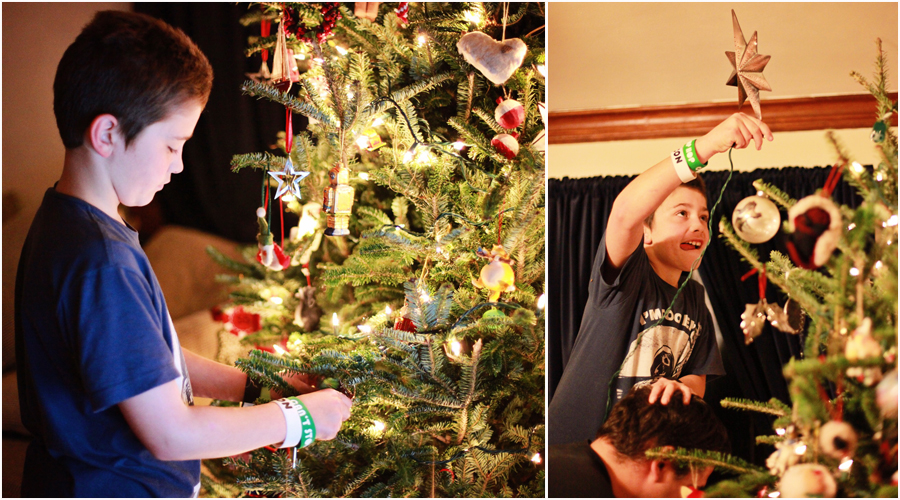 – As I’ve been in an editing frenzy lately, I sprang for a few new Christmas tunes. Right now in the hopper I have Christmas with Johnny Cash, A Very She & Him Christmas, my longtime favorites the Elf Soundtrack and A Motown Christmas, Ella Fitzgerald Wishes You a Swinging Christmas (awesome!), the new Michael Buble Christmas album, Diana Krall’s “Christmas Songs,” and Bob Dylan’s “Christmas in the Heart.” I’m a huge Dylan fan, but this is just the most bizarre album. I wonder if he still has the manager who convinced him a Christmas album was a good idea. I think my favorite track is “Must Be Santa” at a super high tempo with accordion accompaniment. It’s off the hook, in the partly-crazy, partly-awesome kind of way. What are you listening to to get you in the holiday spirit? 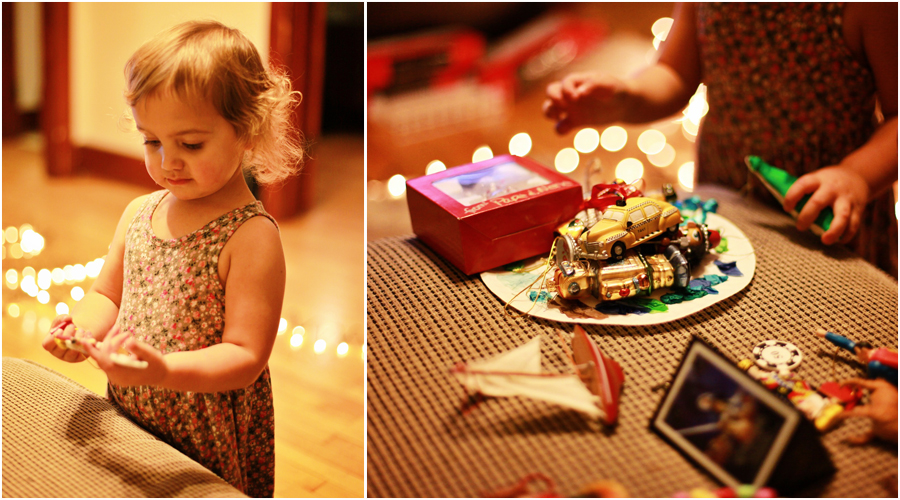 – Tree trimming day is probably my most favorite day of the year. My husband Erik calls it “Christina Christmas! Christina Christmas!” and does a little potty-type dance of excitement in imitation of me. And that’s okay, because it is a true fact that I get extremely excited about Christmas. I especially love opening up the box of ornaments and sorting through the memories of each one, examining the bottom for the name and date and trying to recall what each of the kids were into that year — what was important for them, what they got from Santa, what they did that made us laugh. 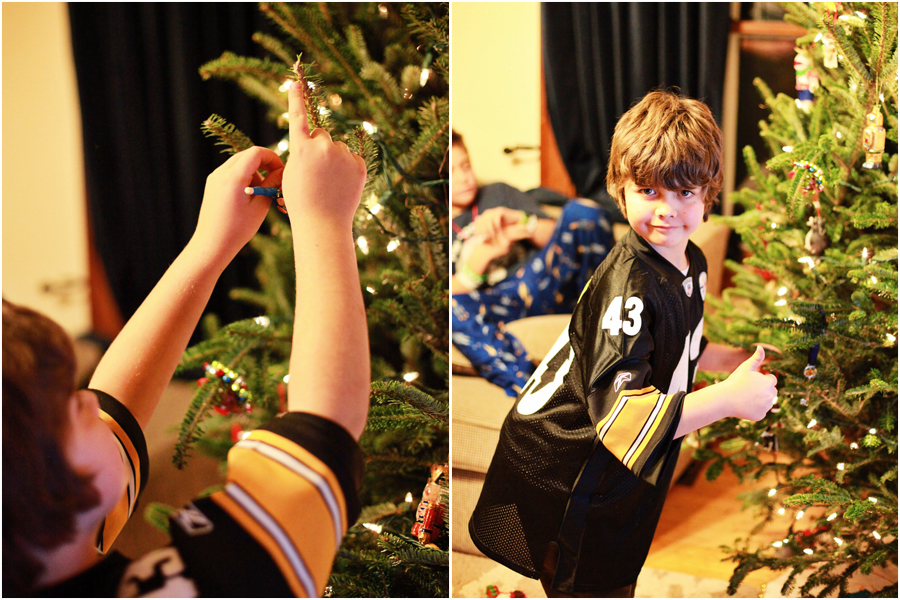 – Speaking of which… do you watch the NBC show “Community”? We’re really into that wacky show in our house. There was an episode before Thanksgiving with a hilarious 90s-era commercial for the community college the characters attend. My younger son imitates the “basketball player” who says “Greendale’s a slam dunk!” so perfectly. I laugh every. single. time. Here’s the video: http://www.youtube.com/watch?v=MaFFs9b3cm4 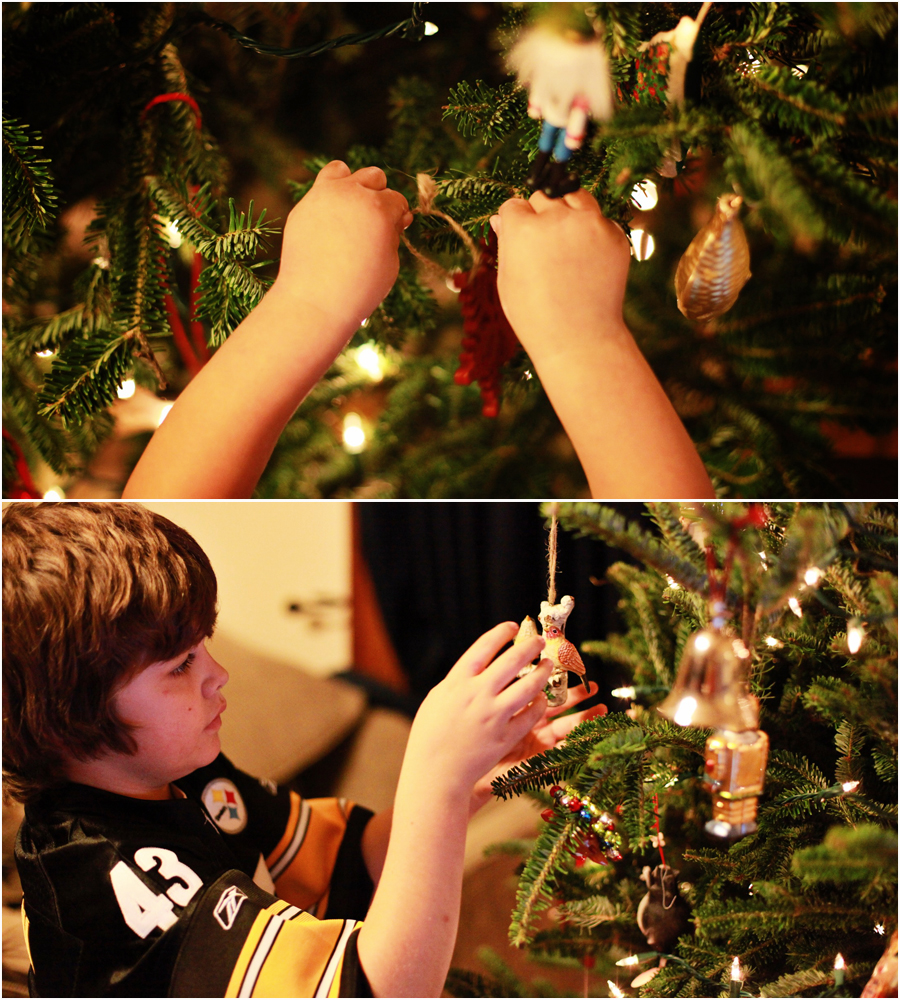 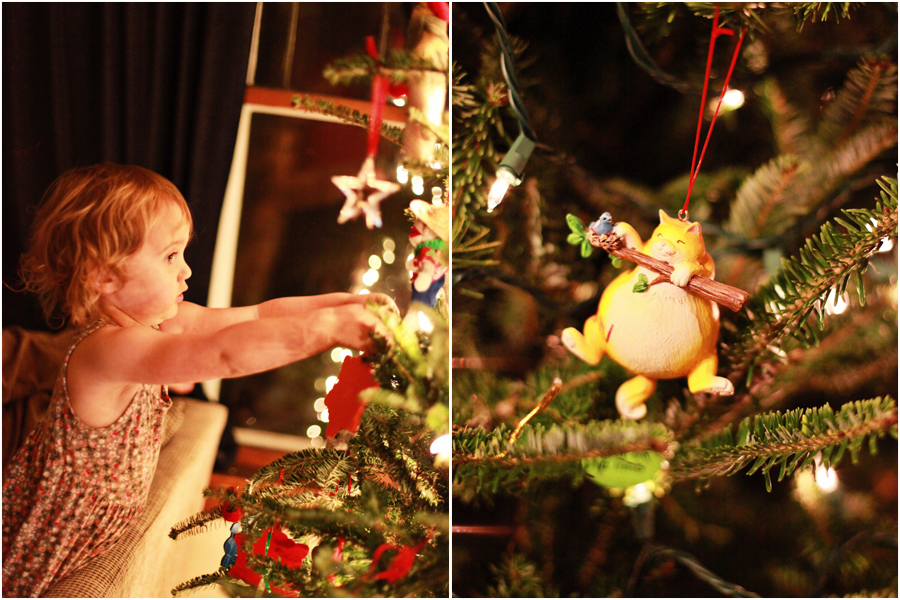 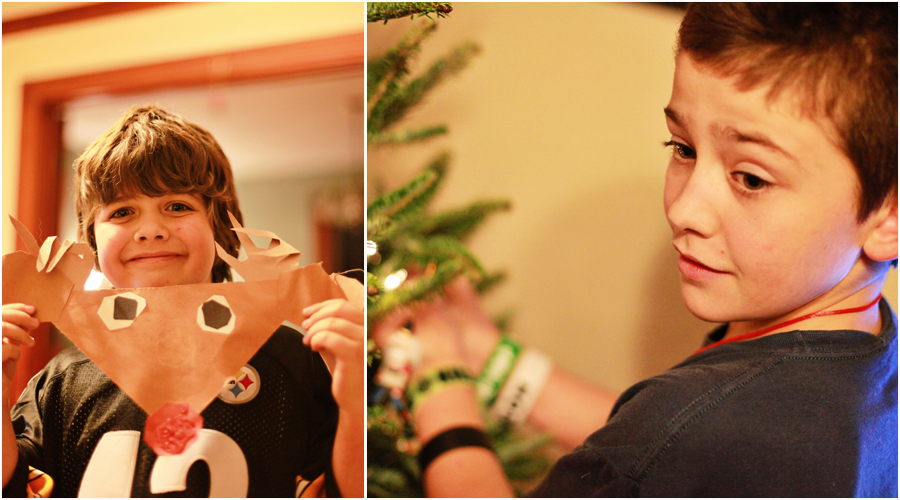 The girl is demanding “more Elmo” so that’s all for now. Happy Holidays, friends.