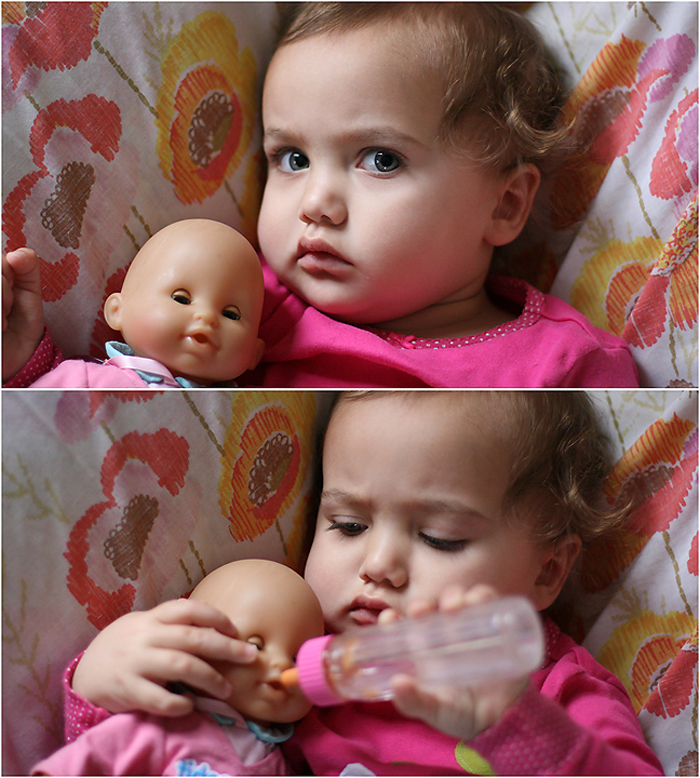 How was your Easter weekend? Ours started out a little on the grumpy side. My Juniper was sick Friday with a flu that made its way through most of the family. Apparently the expression in the top photo she got from her mother, but I’m not buying it.

But let’s move on to some deliciousness! These little chocolate nests are the easiest and sweetest Easter treat recipe ever. I truly don’t cook, so that says something. 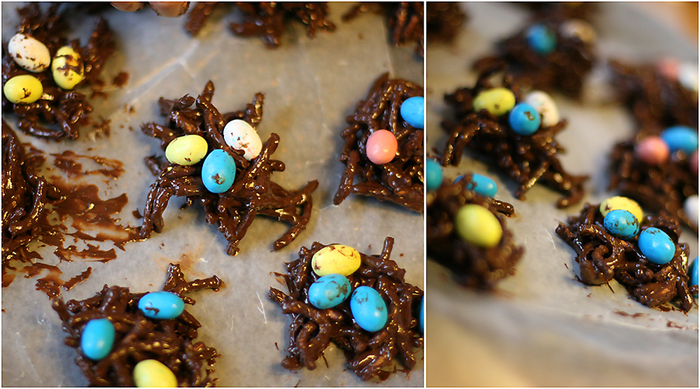 Melt one bag of chocolate chips in the microwave for 30 seconds at a stretch until it’s nice and smooth. Then mix in some crunchy Chinese chow mein noodles (I used two cans and broke them up a bit beforehand). Form them into little nest shapes, and gently press three chocolate eggs into each one. Let them set on wax paper for maybe half an hour and they’ll be ready to eat. I don’t see why you couldn’t make these after Easter as a spring dessert. Adorable.

I wouldn’t let the kids lick their fingers while we were making them, and it was so, SO hard, especially for my son Jackie. He has a major sweet tooth. 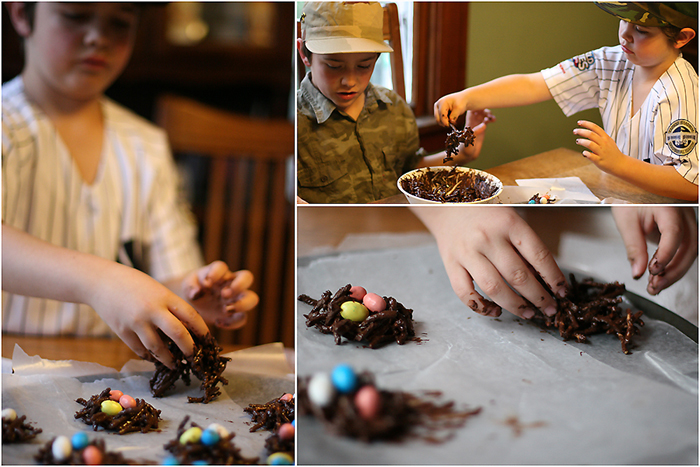 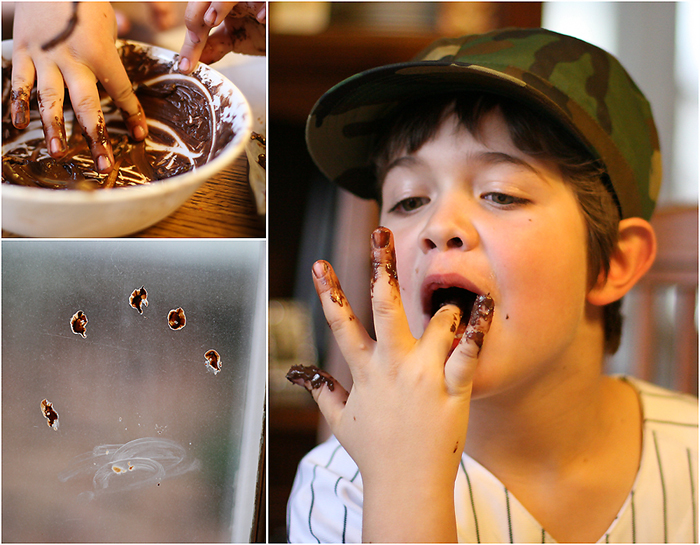 Our Easter egg hunt goes quicker every year. I think that bunny better come up with some more challenging hiding places in 2012. I barely had time to get photos. 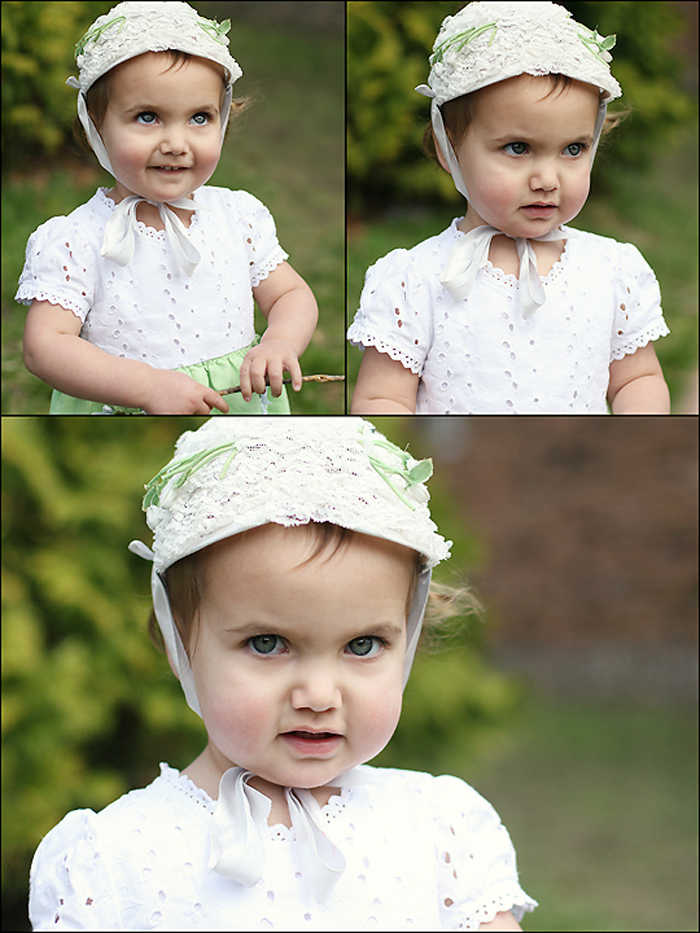 My girl wore a vintage dress and a vintage hair piece, both from St. Vinny’s. She looked like a little doll, if I do say so myself, and it was one of the first hats she’s ever kept on for more than ten seconds. The girl has good taste.

We spent some of the afternoon at Devil’s Lake, where my boys got tickled by grandpa and played football with Dad and generally worked up an appetite for HAM. I haven’t eaten meat for many years, but I gather that Easter and ham go together like, well for me, Easter and Cadbury eggs. For some reason I couldn’t stop saying “HAM” that day. It’s a funny word, if you repeat it often enough. “HAM.”

Funnier still, my son Eli said he didn’t want ham for dinner. I think ham did him wrong once, perhaps in the context of school lunch. “Can I just have some bacon?” he asked. “It’s from the same animal!” I said. Reminded me of that old Simpsons episode: 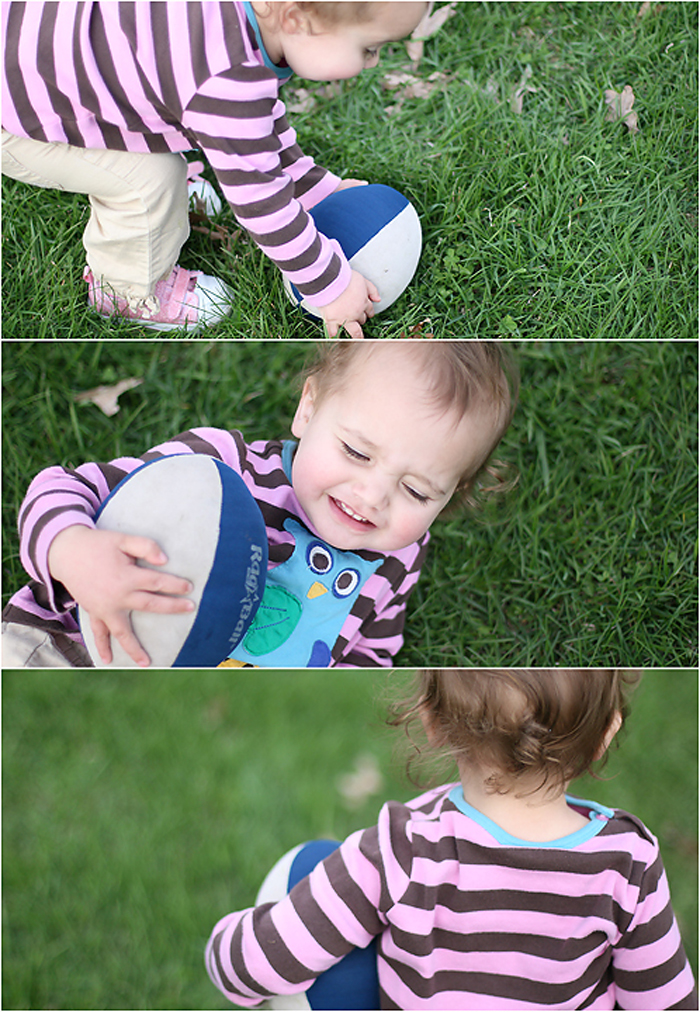 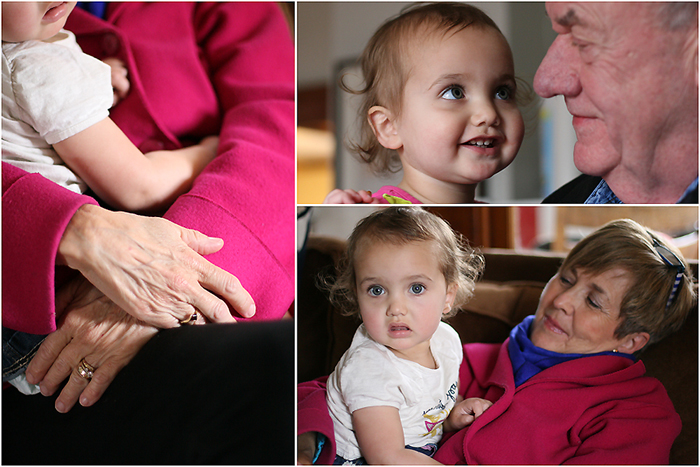 We had fun. We always do. That’s what I love most about my family.

« All the time I’ll be growing/Growing up beside youBaraboo Senior Photographer // NEW Graduation cards are ready! »