All around me a voice was sounding… // Baraboo photographer

My favorite category in the Grammys is “Americana.” I have a collection of commemorative plates featuring states that I’ve visited and former presidents (the jewel of that collection being the Dwight and Mamie Eisenhower one… very classy). In college I interned in my Congressman’s Washington, DC office and spent the weekends picnic-ing on the Mall and marveling at the Declaration of Independence at the Smithsonian (with my future husband). My favorite way to travel is on the ribbons of highway, with my family, exploring parts of this country we’ve never seen before. I watch historical documentaries, for fun.

I love America not in a way that idealizes it. Not from a point of puffed-up pride. I love its textured history, I love its evolution. I love discovering its past and I try very hard to be hopeful for its future.

And though spending Independence Day in our nation’s capital was pretty cool, a mighty close second is the Witwen, Wisconsin Fourth of July parade. This huge parade in a tiny, one-street town is American nostalgia at its best.

My mother-in-law recently moved here from North Dakota, and she was commenting that she didn’t really understand the parade. “There aren’t really any floats,” she observed. “It’s just a lot of tractors and cars, with people throwing a bunch of candy.” I kindly told her that if she didn’t like it she could just go right on back to North Dakota, with their sad, candy-less parades. 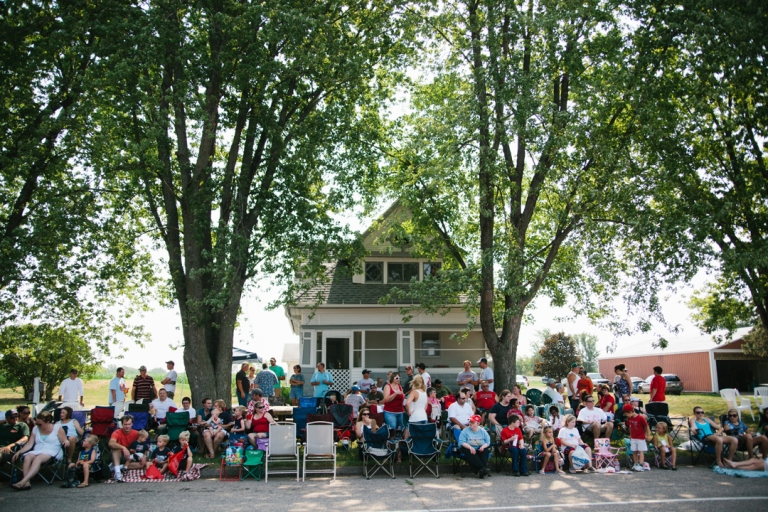 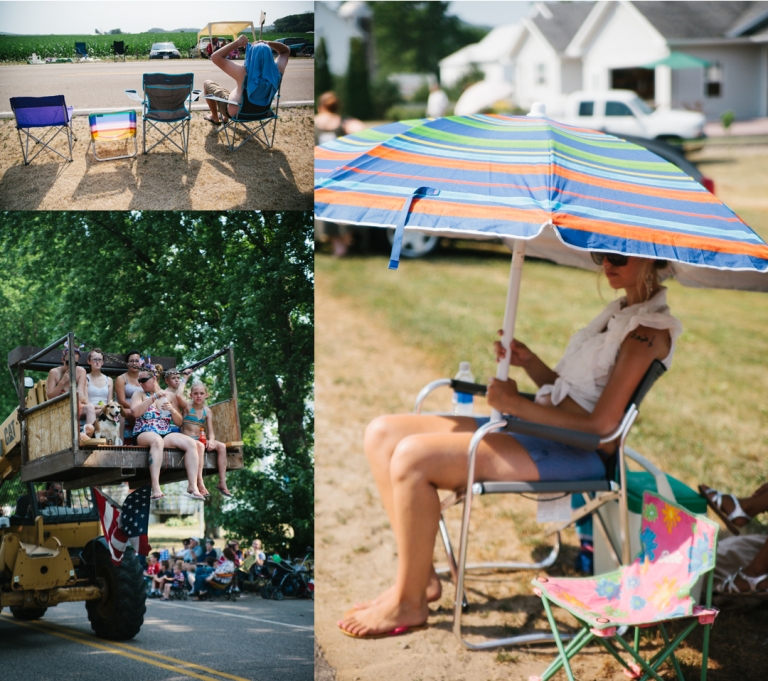 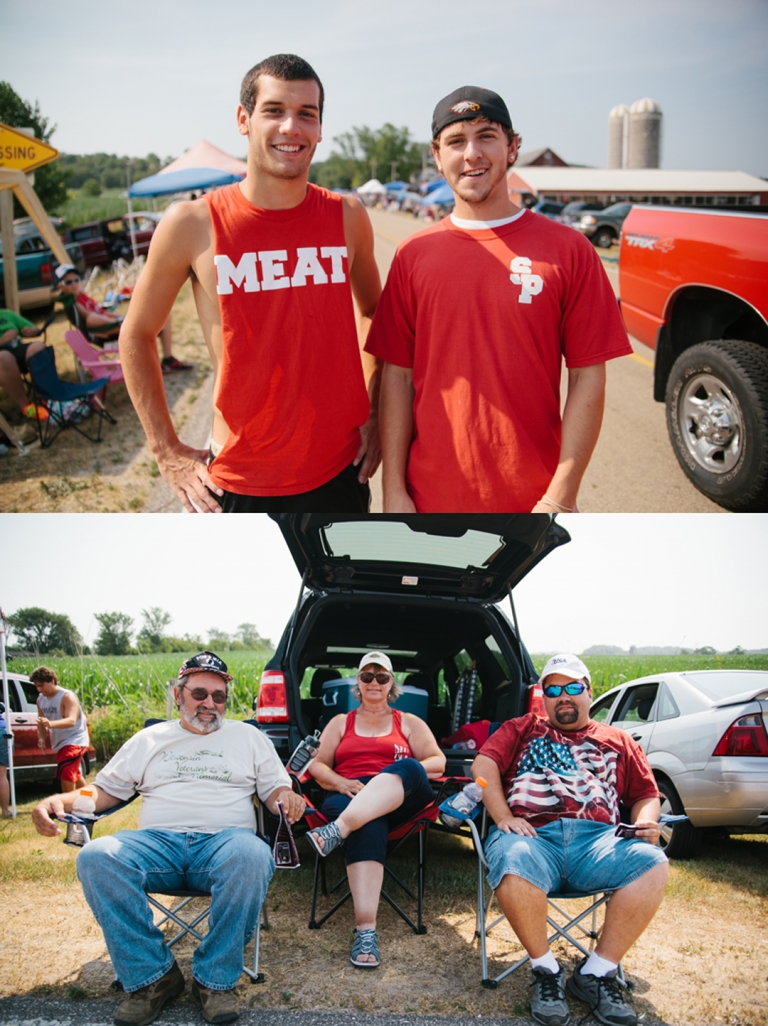 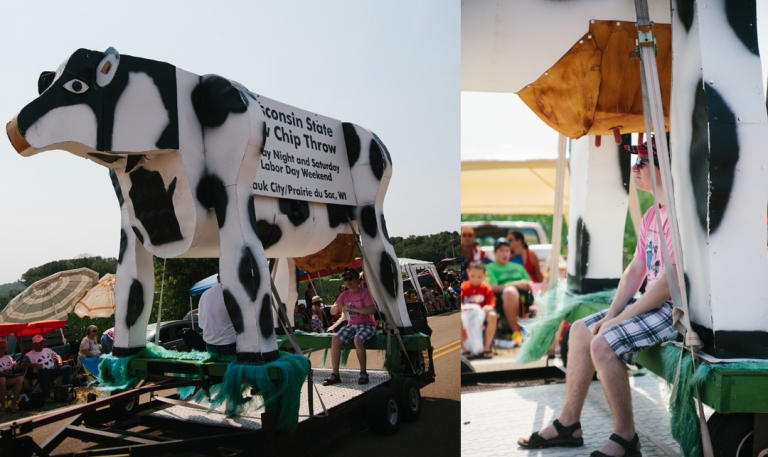 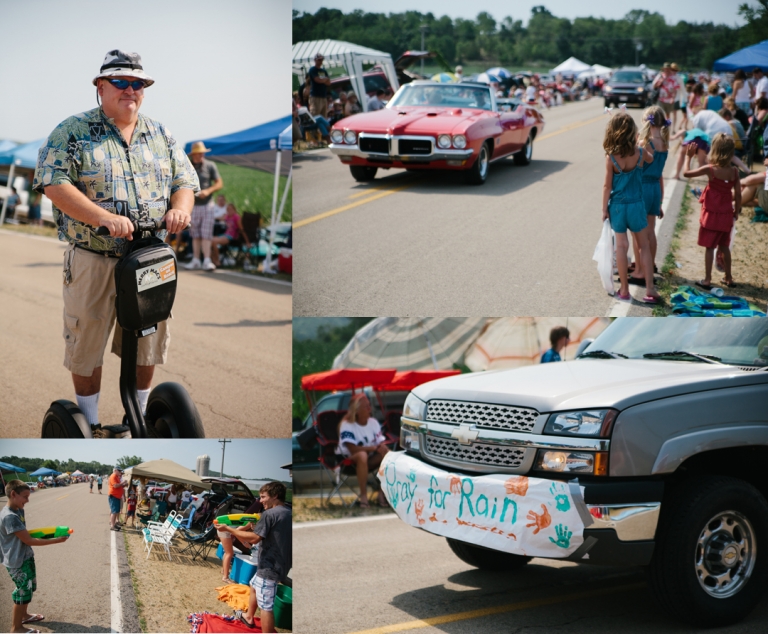 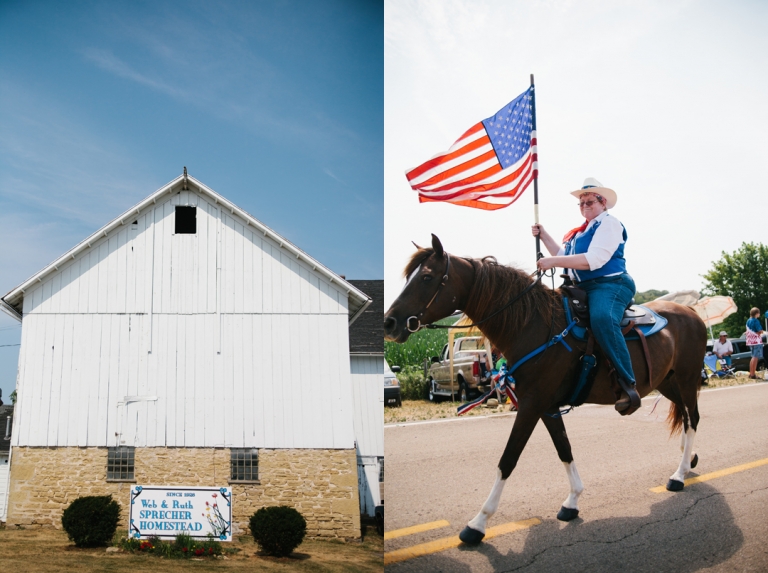 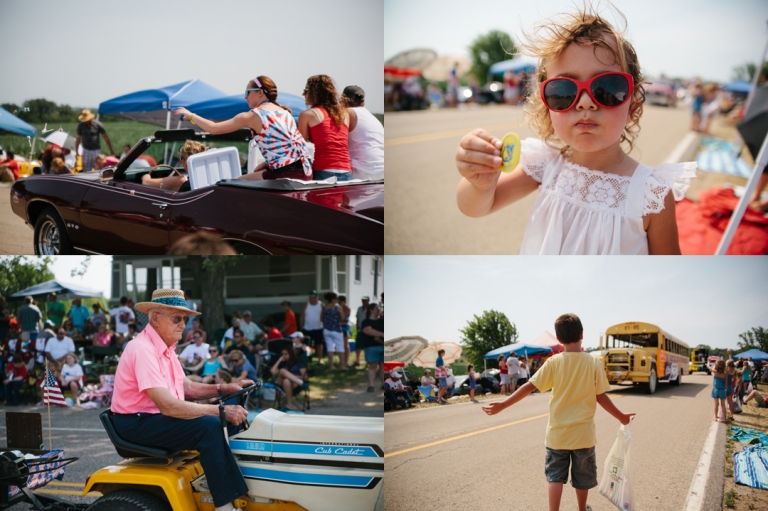 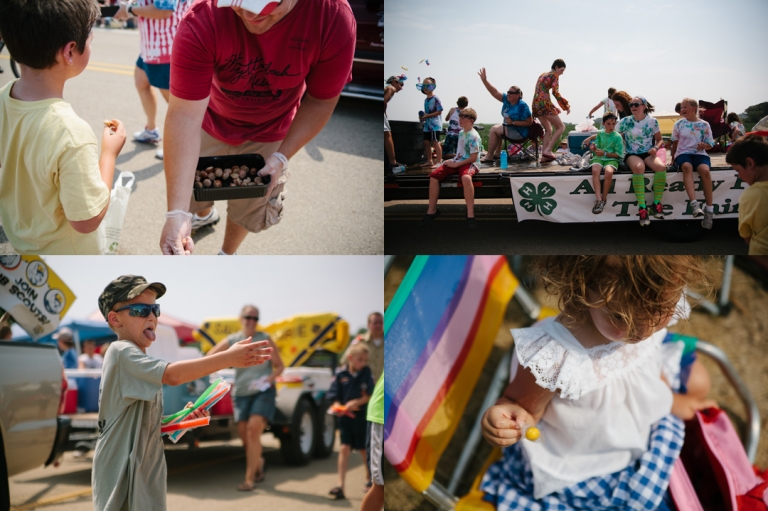 Seriously, the amount of candy was verging on ridiculous. Almost every parade participant was throwing fistfuls of candy at every kid they saw. One truck had a kind of open-ended trough through which a teenager was shoveling candy onto people on the side of the road. Each of my three kids came home with a grocery bag full of half-melted Laffy Taffys and Tootsie Rolls. On the way home I said, “This car smells like Halloween.” 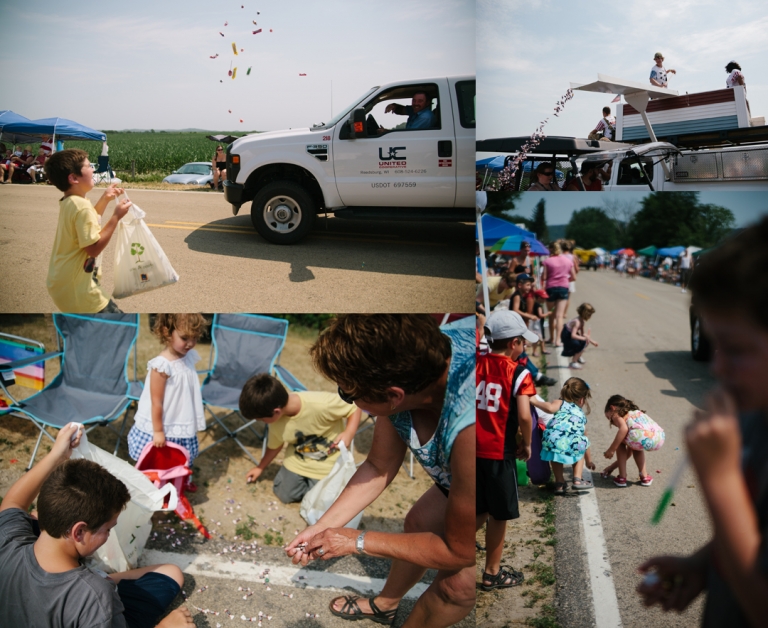 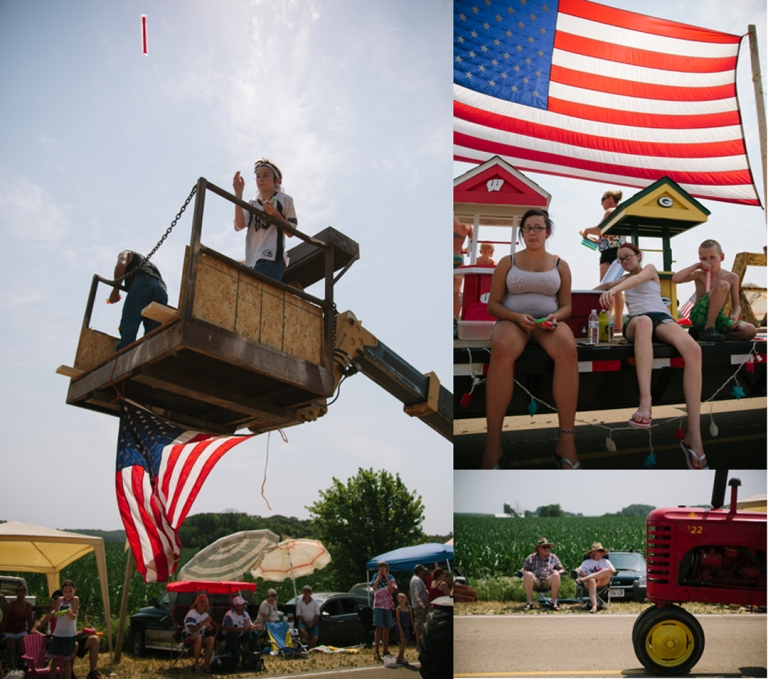 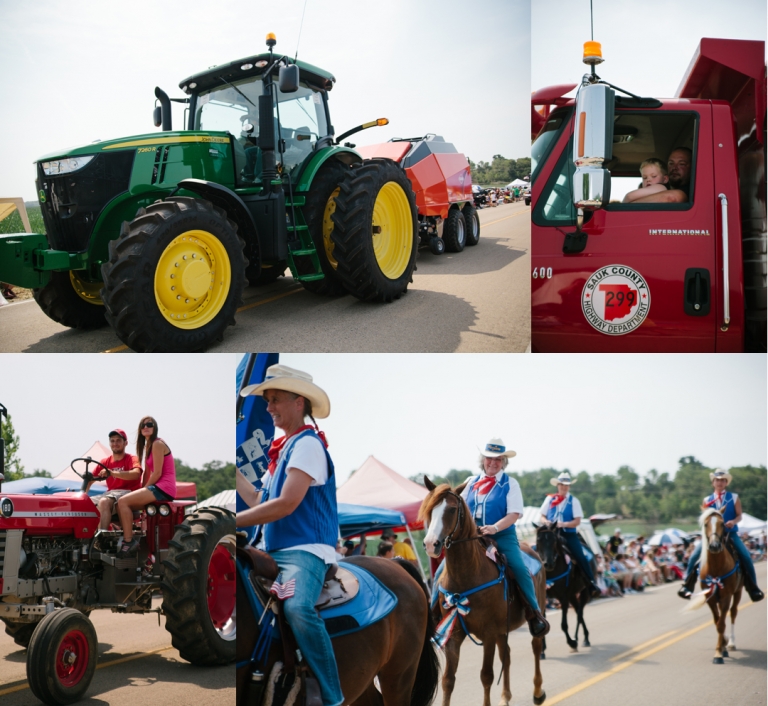 After the parade we had lunch, played on the Slip-n-slide on the back yard, and had a nice, long, family nap. Is there anything better than a family nap on a 100 degree July afternoon? I challenge you to name it.

The city fireworks display was cancelled on account of the drought, but we very carefully lit a few sparklers on the sidewalk while listening to Americana music. I thought of the night years ago when my husband and I watched the epic fireworks display from the steps of the Lincoln Memorial. That was great, but I’ll take this show any day. It’s funny how life comes full circle. 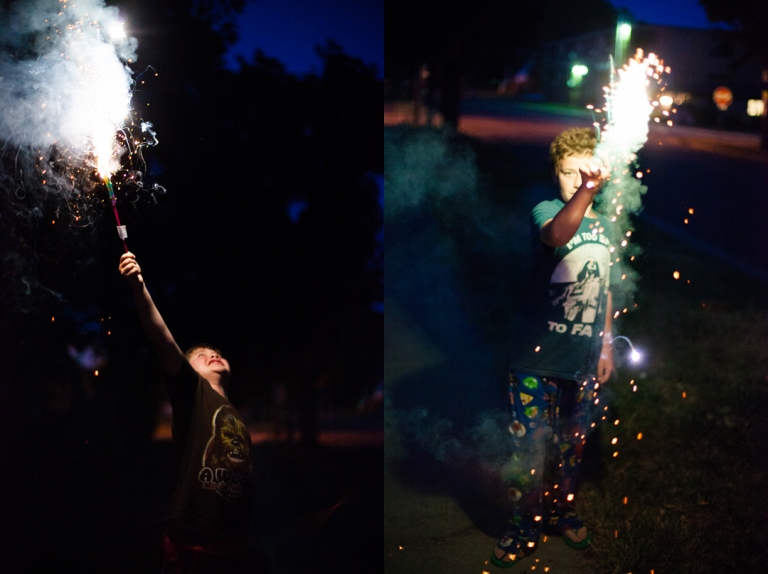 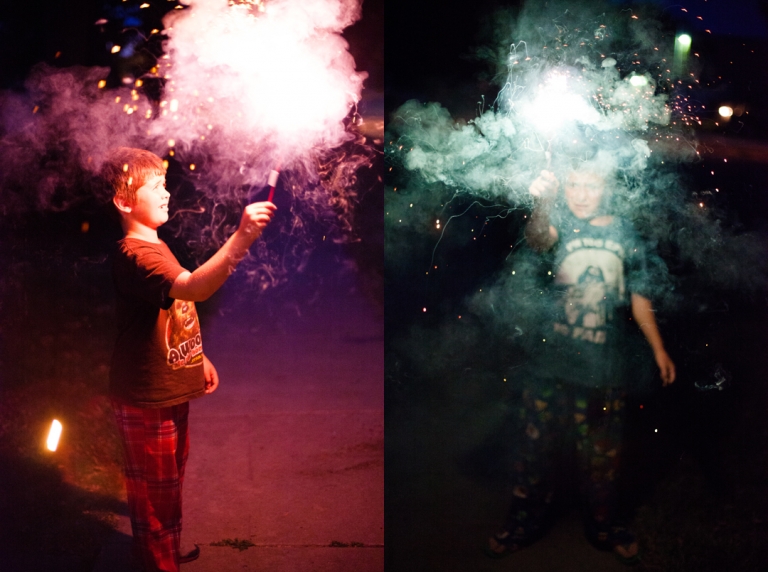 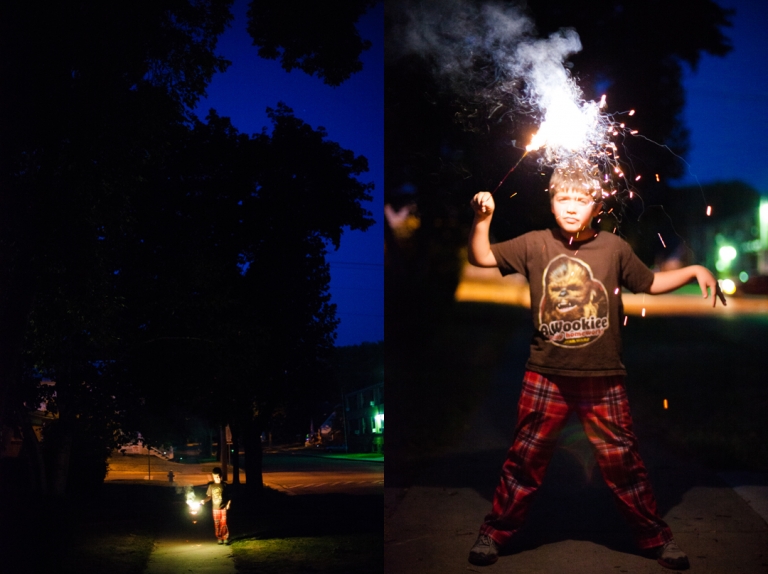 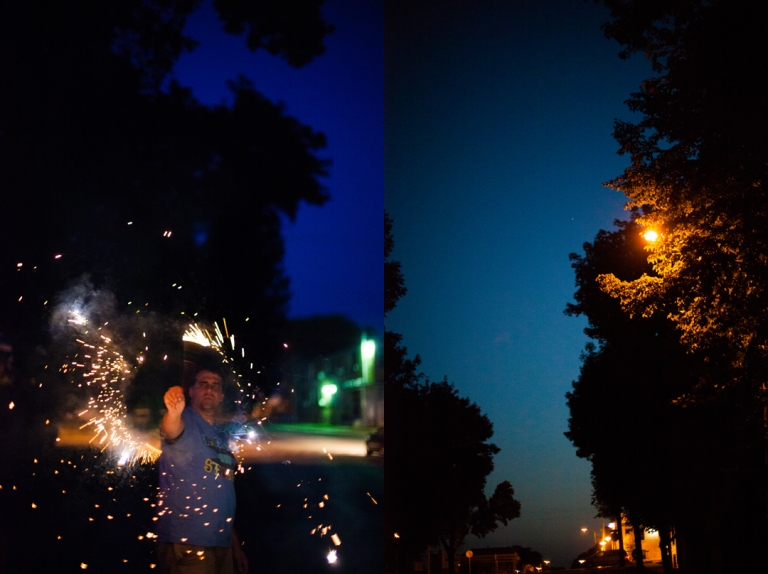